MLB Predictions May 10 – 12: Rangers and Astros face off in Texas show down Texas Rangers versus Houston Astros The Texas Rangers face the Houston Astros in a AL West show down. The Rangers are 16-16, but just 4-9 on the road. The Astros are 21-14 and 11-3 at home. Both teams are “burning hot” on the Team Strength Oscillator and Houston holds a +23 to +15 advantage on the Power Ranking Indicator. If considering betting the “over/under”, it’s best to avoid as the teams are trending in different directions according to the Totals Predictor. Houston is +10 on the Team Volatility Oscillator, making them one of the most stable teams in the league. Of the six scheduled starters this weekend, only Gerrit Cole and Collin McHugh for the Astros have been profitable according to the Pitcher Profit Oscillator. Look for the Astros to win the series, taking two of three from their in state and divisional rivals.More info click here

MLB Predictions May 17-19: Astros and Red Sox featured weekend series As we reach the quarter of the MLB season, the top teams in each division are starting to emerge. The featured series of the weekend of May 17-19 is the Houston Astros versus Boston Red Sox. Four other match ups will be examined as well.More info click here

SOCCER BUDDY TOOL is using advanced scores prediction formula that takes into account 80+ parameters, optimized on the historical data to perform 10,000 simulations of the game and predict the probability of a draw. The color coding shows the confidence levels. The tool analyses all the soccer games of the day through many popular leagues and tries to find anomalies and value bets where certain outcome has higher probability, such as possible draws, possible over, "both teams to score", "first half over 0.5 goals" etc. Enjoy!More info click here

MLB Predictions May 24 – 26: Red Sox versus Astros highlight weekend match ups As the MLB season is nearly two months complete, the divisional races and rivalries are heating up. There are several top of the line match ups featured this weekend, with the Red Sox and Astros topping the list. Let’s examine five of the showdowns for this weekend. Boston Red Sox versus Houston Astros The Boston Red Sox are third in the AL East and they take on the Houston Astros, first in the AL West. Both teams are “burning hot” with Boston going 7-3 over their last ten and the Astros, 9-1 during the same period. Houston holds a +28 to +16 advantage on the Power Ranking Indicator. The Astros are one of the most stable teams at +21 on the Team Volatility Oscillator. Boston is playing games trending over according to the Totals Predictor, while the Astros are involved in games trending under. It’s best to avoid betting the “over/under” in this series. Chris Sale, David Price and Eduardo Rodriguez are scheduled to pitch for Boston. Wade Miley, Brad Peacock and Justin Verlander are scheduled for Houston. Price and Rodriguez are both quite profitable according to the Pitcher Profit Oscillator. Houston will be the favorites coming in and playing at home should take two of three.More info click here

MLB GOLD picks are here (VIDEO) MLB Predictions May 31 – June 2: Divisional Match Ups Head Weekend Lineup The Major League Baseball season is at the end of it’s second full month. With a third of the season in the books, the divisional races are heating up. Several key divisional match ups highlight the games for the weekend of May 31 – June 2.More info click here

Summer is here! Are you ready to win BIG? Message us to start!

Summer is here! Are you ready to win BIG? Message us to start!More info click here

Its DONE. Now ove 1.4 Millions in Profits since 2014 We have been sharing here with you our progress since then :) 💥BOOM💥More info click here

Another great week at zcode vip. Are you following?

Another great week at zcode vip. Are you following?More info click here

Are you ready for Xmas profit run?

Xmas is coming! Get on board and start winning today. Instant access to all WINNING picks and systems. MESSAGE US to get started!More info click here

When we are together, nothing can beat us!! What a way to profit within our community... We are cashing BIG with Tennis Table🏓, Esports🎮, and of course, we still have Soccer⚽️!! Together is Better!!More info click here

🎄 XMas on the beach?

Start building your bankroll early! 💵 Grab a Shovel! Message us to get the winners!More info click here

🎄 XMas on the beach? Start building your bankroll early! 💵 Grab a Shovel!…

🎄 XMas on the beach? Start building your bankroll early! 💵 Grab a Shovel! Message us to get the winners!More info click here

11 Win in a row? Did you follow? 🎄 Here is the screenshot of the new zlive…

How long is your trial period?

How long is your trial period?More info click here

Our all-new charity program “Zcode System giving back to sports” gives us the chance to support kids clubs and sports schools in different countries. Our aim is to provide these organizations with the necessary equipment needed to be successful. Not only does the program give needed items to sports schools and kids clubs, but it helps to improve local communities in areas where new sports equipment is a luxury. Some of the items we have donated already include nets, soccer balls, bibs and practice equipment, jerseys, and shorts. This program targets local communities and kids sports in countries where the help is truly needed! Unfortunately, we do not have the funds to donate to buy stadiums and create large playing fields. However, we believe even small donations matter and any help that can be provided to kids is vital for them to succeed and grow. and our new case study that was just completed: CASE STUDY 4 – ВРСОО “Thai Boxing Federation-Muaythai” Join us and follow the winners!More info click here 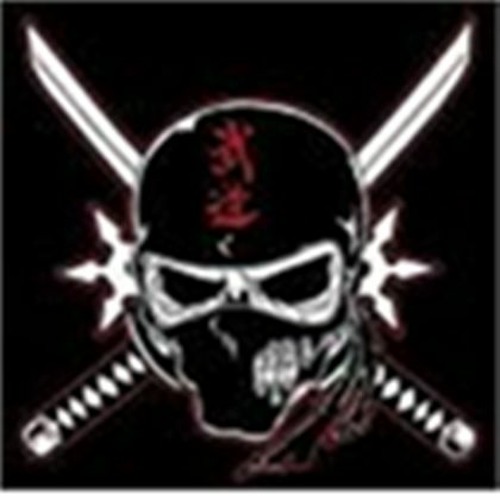 ⚔️ ⚔️ Meet Captain Sportsal - The Ninja Pirate System. In this episode we have one capper that in a very short time has making big profits with the Ninja Pirate System. He is new in the community, but Sportsal has more than 30 years of experience in MLB, NFL and other major sports that really shows.Among other things we’ll hear about http://ow.ly/W4C550yOIO2More info click here

Who else needs proven sports picks that WORK?

✅ Fully Automatic Sports Picks with 100% transparent performance since 1999 ✅ No guesswork, easy to use even if you have no clue about sports. Copy-paste winners! ✅ THE community of winning Experts that DO WIN in sports and have been for years ✅ You are not alone. You are amongst people who make their living by betting Sports professionally ✅ Professional Tools to help you win - Line Reversals, Total predictors, Oscillators Everything you need to win is at your fingertips! Message us to get started!More info click here

The Major League Baseball season has been overshadowed by three aspects this offseason: the Houston Astros cheating scandal, new rule changes, and a proposed playoff structure showing Rob Manfred doesn’t care about baseball, just money. Spring training is in full swing and the MLB 2020 season will start on March 26th. It is the earliest opening day in MLB history as the league’s 30 teams via for five playoff spots in the American and National Leagues and a place in the World Series.More info click here

Textbook win? Take a look... yesterday we noticed really good sharp line move.. lets check it out Result - Team Empire Hope not only stayed closed but even WON! not bad! thank you guys! Message us to get the winnersMore info click here

Zcodemeter is back! First to 15 wins gets the prize! Top Prize: 350 🏆🏆🏆 Everyone is in! Lets go! Message us to get started with Zcode! (members only)More info click here