The anticipation for the new NFL season is nearly over. The teams will be taking to the gridiron in preseason this week and the 16-game regular season begins in September. If you are looking for well-thought-out NFL betting strategies for 2019, then you have come to the right place. 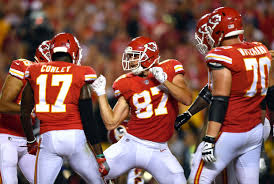 These NFL betting strategies should help you make profits all season long and into the playoffs.

NFL teams play just 16 games with six of those match-ups coming against divisional rivals. Due to teams not playing the same football sides, or all of the league’s team during the season, it makes it is often difficult to fully measure just how good a team is.

When betting on a win market, you should look at the two teams’ head to head records. In addition, look for opponents they have had in common and study the results they had against those like opponents. This should help you make good bets during the season.

If you are new to betting or just a novice NFL fan, then betting on the totals market could be one of the best NFL betting strategies in your arsenal.

When making a totals bet, you need to research the offenses and defenses that will be competing in the contest. If the teams have high-powered offenses, you may want to back the over. If the teams possess strong defense, you may consider the under. The over/under totals bet can be a safer bet than the outright winner. It can also be a fun bet that is hugely profitable.

Bet on the Home Team

Many sports bettors fall into a trap of repeatedly betting on the home teams during an NFL season. Sometimes it works and sometimes it doesn’t.

Statistics from 2018 show that betting on the home team can be profitable depending on the away opponent.

Only eight teams in 2018 had a home win percentage lower than 50%. Meanwhile, five sides were dead-on 50% in terms of home wins.