The 2019 NFL regular season is inching closer with kickoff just a few weeks away. Still, there are preseason games to play and it is a great time to wager on NFL football. 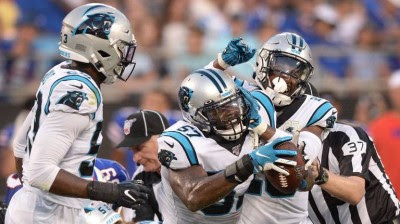 Not only do you get a chance to see the NFL’s teams in action, but you get to wager on extra football games. This weekend we head into week 4 of the NFL preseason. Six games will take place on Friday night and ZCode System has highlighted two games for you to wager on with our predictions.

The New York Giants head into preseason week 4 with a 2-0 preseason record. The G Men have beaten the New York Jets and Chicago Bears in preseason as they get ready for the 2019 NFL season. Both Giants’ preseason games saw over 44.5 points.

The Giants average 31.5 points per preseason game. Against the Bears, Giants’ quarterback Daniel Jones threw for 161 yards and a touchdown. Eli Manning made just four pass attempts and threw for a touchdown. But does Jones’ performance put Manning on the hot seat? Seems like it is time for the Giants to replace him to us.

Ryan Finley performed well for the Bengals against the Redskins, however, starting QB Andy Dalton was terrible. Dalton completed just five of nine passes and tossed an interception. Will Dalton get many reps? The Giants played well under Jones and should do so once more on Thursday night.

Expect the Giants to win and score over 31.5 points once more.

The Super Bowl winners are 2-0 in preseason with two big wins over the Detriot Lions (31-3) and Tennessee Titans (22-17). The Pats are burning high and against the Titans, quarterback Jarrett Stidham threw for 193 yards and one touchdown.

Will Tom Brady play against the Carolina Panthers? That is the big question as the Pats go into game three of the preseason. Bill Belichick hasn’t said whether Brady will play or not. But does he really need to play in game three of preseason? Probably not.

The Panthers are coming off of a loss to the Buffalo Bills in game two of the preseason. Quarterback Will Grier had most of the passing opportunities for the Panthers as he threw for 75 yards and an interception while completing 10 of 19 passes.

Cam Newton is set to play against New England, but it is unlikely he plays more than one or two series. The Panthers are still considering who will be Newton’s back-up, so there will be more interest in the second- and third-string signal-callers.

Expect a New England win and points to be scored by both teams.