Earlier this week, ZCode System posted our first NFL predictions blog of the new season. You can check out those week 1 predictions here. 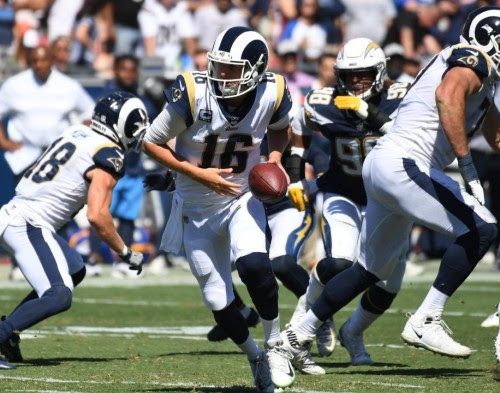 Now, ZCode System is back with some additional NFL week 1 predictions to help you with your football betting this weekend.

Here we go with a big week 1 matchup between the Los Angeles Rams and the Carolina Panthers. These two NFC teams haven’t met in the regular season since 2016. The Panthers won on that occasion away from home 13-10.

Cam Newton’s Panthers were 2-2 in the preseason and go into the new NFL season after missing out on the playoffs a year ago. Carolina was 7-9 in the NFC South.

Carolina will want to make a statement against the Rams. Los Angeles is the reigning NFC Champions and are +550 to win the NFC once more. It is the second-best set of odds behind the New Orleans Saints. The Rams were also 2-2 in the preseason, however, those two wins came in their third and four preparation games.

Choosing a winner in this game is a bit difficult. Carolina most likely had a fluke below .500 season in 2018. The Rams’ offense should be just as good, but they are playing on the road. In addition, the Rams have a tricky start to the season. They play New Orleans and the Cleveland Browns in their follow-up games.

The Rams’ season will depend on Todd Gurley’s health. If he plays a significant number of downs in Carolina, the Rams should just edge the Panthers.

Okay, it is time to see the Cleveland Browns that everyone is oh-so excited about. After finishing 7-8-1 in 2018, the Browns have been tipped as +1100 to win the AFC. Those are the fourth-best odds of any team in the conference. Has the world gone mad?

The Browns will start off at home to the Tennessee Titans. The Titans missed the playoffs last season despite a 9-7 record.

The away team has had success in three of the last five games between Tennessee and Cleveland. I have the sneaking feeling Tennessee can win away. Hopes are so high in Cleveland that it feels like an upset can occur. 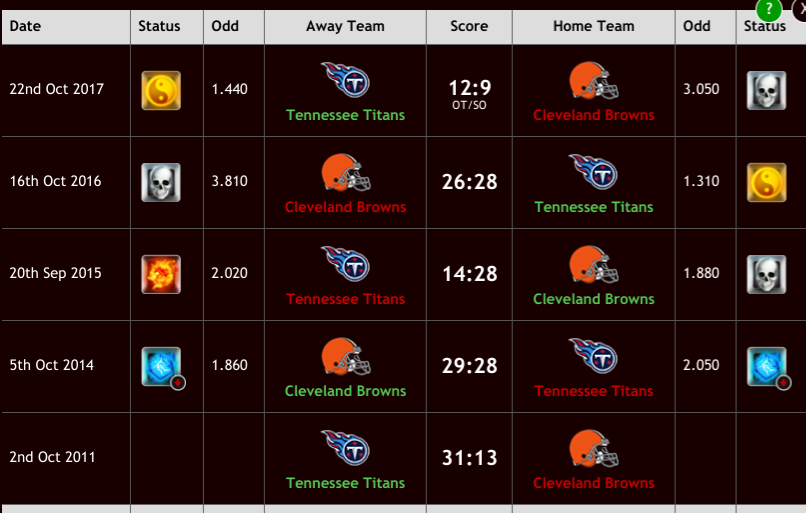 Cleveland posted a 3-1 preseason record. On August 14th, Odell Beckham Jr was listed as questionable for Cleveland’s opener. If he misses out, it takes a major weapon away from Baker Mayfield. Still, Cleveland are at home and NFL teams thrive at home. The Browns posted a 5W-2L-1T record at home last season.

It is an old-school AFC West game in Oakland. The average Raiders host the ice-cold Broncos. Who will win? Who will watch?

The Raiders were 4-12 in 2018 while the Broncos were less miserable at 6-10. Oakland posted a 1-5 record in the AFC West. Denver was 2-4. The home team has won the last six games between the two rivals. Last time in Oakland, the Raiders won 27-14 on Christmas Eve. Denver won just one time in preseason season while the Raiders picked up three wins. 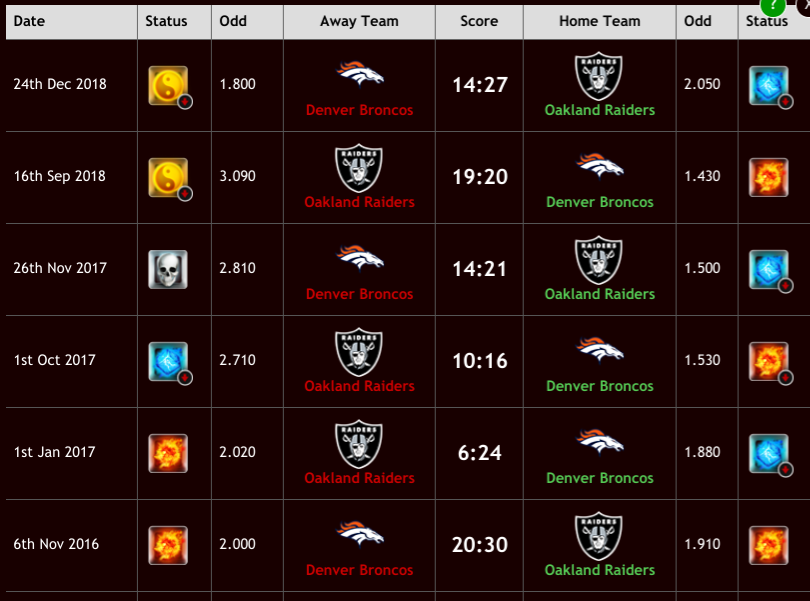 The trend of the home team winning should continue when the Broncos visit Oakland. John Gruden’s Raiders should just do enough for a W.