The Premier League moves into gameweek 6 this weekend and some massive fixtures are on tap. EPL soccer will see four matches on Sunday afternoon with Chelsea and Liverpool being the pick of the litter. 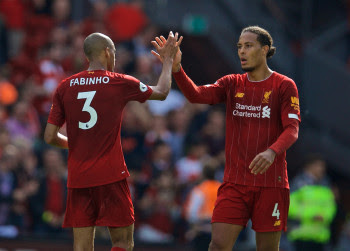 Three other big matches will take place on Sunday and ZCode System takes a look at the day’s EPL soccer action.

Manchester United are coming off a midweek Europa League match, which could hurt them as they head to London for the weekend. In addition, Anthony Martial has already been ruled out of the match with injury. Daniel James and Paul Pogba could also miss the fixture.

Arsenal host Aston Villa and hope to end a three-match unbeaten run. The Gunners have drawn each of their last two matches by 2-2 scorelines.

Aston Villa have been poor all season long claiming just one win in five matches. They have picked up just four points from 15 possible. Goals have been hard to come by for Aston Villa as they have scored just three goals.

Arsenal have a strong attack with Pierre-Emerick Aubameyang leading the line. Aubameyang has scored five of Arsenal’s eight goals in the league this term. He should be deadly in front of goal against the Villains.

Although Arsenal have struggled in the league in their last three matches, expect them to come away with a victory against Aston Villa.

Wolverhampton Wanderers have not won a match this season in the Premier League. They picked up three draws to start the term but have lost their last two games.

Last season, Wolverhampton Wanderers won against Crystal Palace at Selhurst Park 1-0. This should be a close match with two defensive teams.

The big clash of the weekend sees Chelsea host league leaders Liverpool. The Reds cannot fall out of first place even with a loss, but a defeat would allow other teams to gain ground depending on their results.

Chelsea are inconsistent and struggle to defend. They have conceded 11 goals this season, the second-most of any EPL soccer team. The Reds attack could run riot against the Blues. However, Chelsea will benefit from playing at home.

Still, Liverpool should be able to continue their current three-match unbeaten run against Chelsea.