The NBA 2019-20 season tips off on October 22 and it looks increasingly likely that the Association is ready for an all-new era. 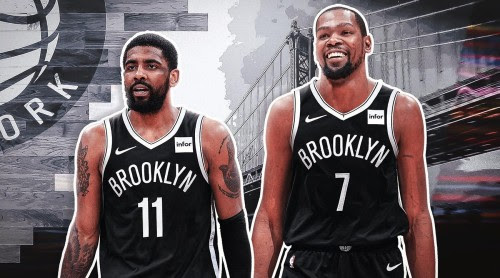 Kevin Durant left Golden State and signed for the Brooklyn Nets along with Kyrie Irving. The NBA offseason saw some of the biggest moves in NBA history. The shake-up will make the Association one of the most exciting seasons in recent years.

Odds to win the NBA Championship

Free agency and trades have led leading sportsbooks to post some interesting odds. The Los Angeles Clippers, for so long the butt of NBA jokes, head into the season as favorites to win the NBA Championship. The addition of Paul George and reigning NBA Finals MVP Kawhi Leonard have the Clippers hype through the roof.

There is no doubt the Brooklyn Nets were the biggest offseason winners. Sure, they signed Irving (yawn), but they added Durant. The forward will be out for most, if not all, of the season due to the Achilles rupture he suffered in the NBA Finals. Rumors are Durant is targetting a March return. Without Durant, I don’t think the Nets are better than a No. 3 seed in the East.

The Clippers are 1A with the Nets on being the biggest offseason winners. Leonard is in the prime of his career. He carried the Raptors to the title last season beating the NBA’s winningest team in the regular season, the Milwaukee Bucks, in the Eastern Conference Finals. Leonard then led the Raptors against a Warriors team that made five straight NBA Finals. George also arrived in Los Angeles in a big trade after averaging a career-high 28 ppg last season for the Oklahoma City Thunder.

Are the Golden State Warriors finished?

It is difficult to believe the Warriors are finished although leading sportsbooks have them as the sixth favorite to win the NBA Championship. But take away Durant and this team doesn’t strike fear into the hearts of opposing defenses like it did last season. Durant averaged 26 ppg in 2018-19.

Not only is Durant gone, but Klay Thompson will miss “at least 55 games” due to a knee injury. The Western Conference is a difficult conference to navigate. Just look at the Houston Rockets who were the best team in 2017-18 only to fall to the conference’s fourth-best last season.

The Lakers are on everyone’s minds currently but don’t believe the hype. LeBron James played just 55 games last season, the fewest of his career, and missed the playoffs for the first time since 2005. It was also the first time in 12 years that he didn’t make the NBA’s All-First Team.

LA went big on Anthony Davis and brought back Dwight Howard, but still, this team looks unbalanced. Without James, the Lakers should be poor during the NBA 2019-20 season.