NFL Week 9 sees the New England Patriots and Baltimore Ravens headlining Sunday’s schedule. The Patriots are a perfect 8-0 and have the best record in the NFL. The Ravens are 5-2 and could take a major scalp off of the AFC’s best team. 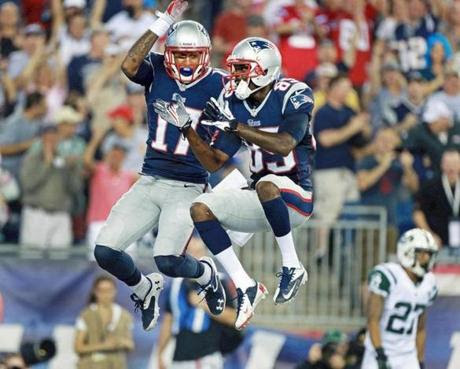 Last week, my Zcode System NFL Week 8 picks were spot on and a perfect three for three selecting winners. Can I pick three more winners this week? Let’s see.

The Houston Texans and Jacksonville Jaguars go at it on Sunday in a battle in the AFC South. A Jags’ loss could spell the end of any hopes to make the playoffs. Jacksonville is 4-4, however, behind the play of back-up quarterback Gardner Minshew, the team is playing well under. By no means should Minshew be benched when Nick Foles returns from a broken collarbone. The Jags foolishly gave Foles an $88 million, four-year contract only to find out that their rookie pick Minshew is both the present and future of the team.

Houston is 5-3 and coming off of a win over the Oakland Raiders 27-24. Houston has won three straight games against Jacksonville including a 13-12 thriller in September.

Despite the Texans’ recent record, Minshew has the Jags playing well. Therefore, I’m going against the Zcode System’s prediction and picking the Jags for the upset.

Let’s go with another divisional game for NFL Week 9 but move over to the NFC East. The Dallas Cowboys and New York Giants will play in the Big Apple in one of the league’s oldest rivalries. The Giants are losers of four straight games with a record of 2-6. The Cowboys are 4-3 and fighting it out with the Philadelphia Eagles for supremacy in the East. Dallas is 3-0 in the division while the Giants are 1-1.

Dallas blasted the Eagles last weekend by 27 points. They have already beaten the Giants this season playing in Big D, 35-17. The Cowboys should replicate that performance once more as the Giants lose for the fifth time. Cowboys head coach Jason Garrett is just hanging onto his job. He will keep the Cowboys on top of the East and stay head coach until at least the end of the season.

It isn’t a divisional game but it is a massive match-up in the AFC when New England go to Baltimore. The Pats have not lost this season and are as good as ever. New England’s defense has allowed no more than 14 points in a single game this season and averages just 7.6 points against per game.

The Ravens’ defense is another story. Baltimore gives up an average of 23.6 points per game. Tom Brady and the New England offense averages 31.4 points per game. Brady threw for 259 yards and two scores against the Browns last weekend. Expect the living legend to have another big Sunday and to lead the Pats to a win in Baltimore.