You will see Gdog’s simplistic approach, giving his analysis on matches based on his personal perception and knowledge about the event. It’s worth looking out for his posts as he notifies the community about injured players and other factors which may affect the outcome of a match.

Gdog posts his predictions on the wall as well as in the Match Predictor and his expertise lies with NFL, NBA and College Sports.

You can listen to Gdog podcast here

Gdog sets example of transparency and tracking in zcode.

Great results Gdog across the board, outstanding performance!

=> Follow Gdog and his picks inside zcode vip club here 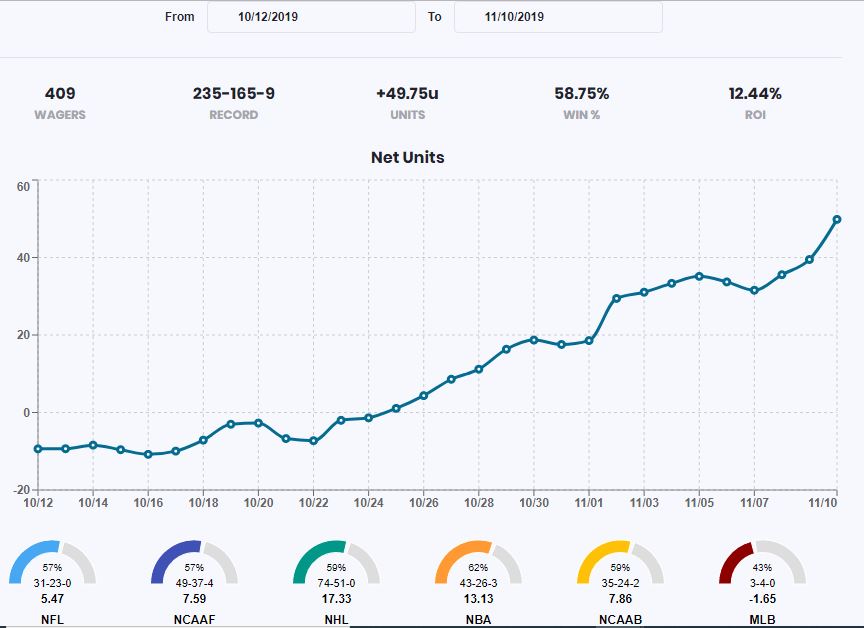 => Follow Gdog and his picks inside zcode vip club here

You will find Gdog picks on the wall