hi guys and welcome back to Zcode – a place where professional sports investors find all the tools they need to win big! Today I show you several case studies of the line reversals tool for NFL and how to cold read the lines. By that I mean that we try to predict the outcome ONLY based on line moves and public percentages without knowing anything about the game at all! So you can see how powerful this tool is.

CLASSIC PATTERN NUMBER 1 – MOVE AGAINST THE FAVORITE
lets look at Atlanta Falcons vs Carolina Panthers game
As you can see the line for favorite Carolina opened at -278 and slowly moved all the way against the favorite into the closing line of -204. Despite the 60% majority of public betting Carolina the line kept on getting better and better. This is a clear indication of a vegas trap. So our bet would be to Falcons to cover.
The result Atlanta Falcons 29 Carolina Panthers 3. Falcons not only covered but even the won the game outright! 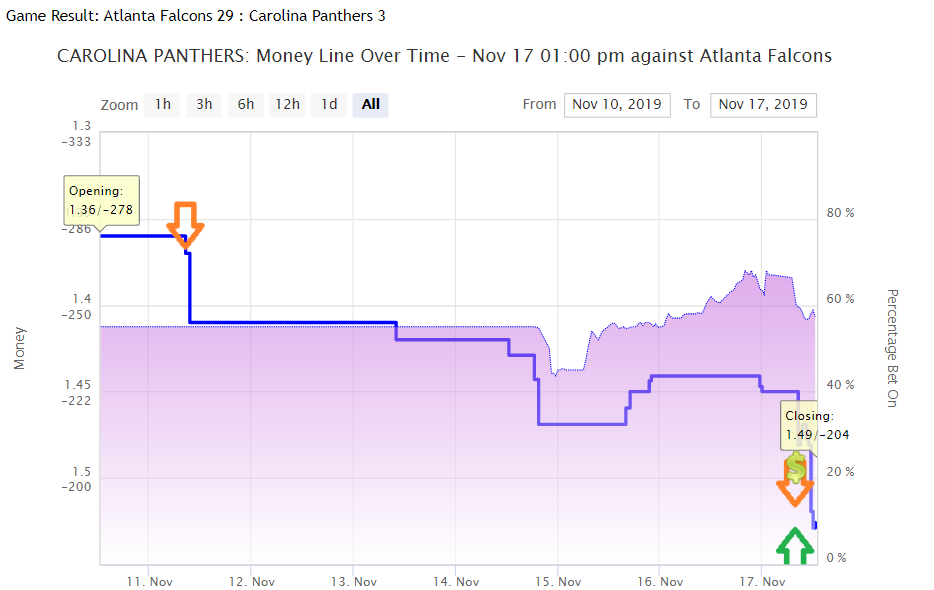 Another great example from the same day is the
Arizona Cardinals vs San Francisco 49ers. As you can see the public was really heavy on 49ers with almost 90% of the bets on them while the line kept moving opposite direction all the time. Our anti public bet would be Cardinals to cover +10.5 spread which of course WON!

There are few more examples on the same day – for example Denver Broncos at Minnesota Vikings we had Broncos to cover +10.5 spread which won and Chicago Bears at Los Angeles Rams with bears to cover+7 which lost, it’s not a crystal ball after all.

CLASSIC PATTERN NUMBER 2 – MOVE IN FAVOR OF FAVORITE:
The classic example from the same day is Cincinnati Bengals at Oakland Raiders
You can see how with the majority of the public on the favorite Raiders, the line moved in their direction whole day without any reversals and Raiders easily won the game. Another example of the same pattern from the same day is Buffalo Bills vs Miami Dolphins with bills easily winning the game as well. The rest of the games with the same pattern went 4 wins and 0 loss on the day which is outstanding cold read. Check New England Patriots win, Baltimore Ravens win, Dallas Cowboys win! This pattern is great for setting parlays on the favorites.

Finally if there is no clear pattern we should avoid or pass such game and never force a play. 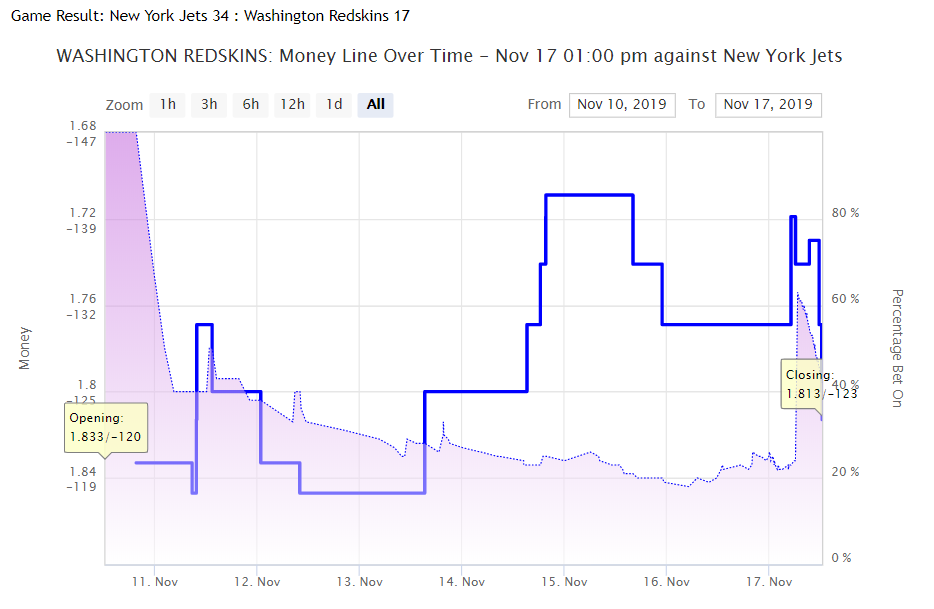 Here is example of the messy line: New York Jets vs Washington Redskins. The public was spiking from 20 to 40% on the favorite, the line moved up and down. It’s a complete mess and a signal to avoid such game.

To summarize the Line reversals signals we have two possible scenarios:

1. There are games where bookies so to speak “know” the outcome for sure (based on insider info, syndicate bets, stats, locker room insiders, whatever) and move the public to the wrong side on purpose. Such games show a clear patterns and most likely win and go as “planned”. You can argue that nobody knows the outcome upfront but then again how do the bookies set the spread so precisely every time? They do know that public loves favorites and overs and put the line extremelly sharp on such games.

2. Other games where bookies “don’t know” the outcome or expect a close, anyones game. They can’t control such game and simply move the line “by the market” to balance the bets on both sides. Such Line reversals charts show a messy line because the REAL market bets can never show a clean pattern, only a controlled game can show a clean line move.

Here is what the experienced bettor Oldschool has to say about the reasons why it works so well:

“In general, the public loves favorites and overs. That’s why the books generally need the dogs & the unders(of course, there are exceptions). If someone likes the Pats that is a casual better, (which comprise the majority of the tickets but not the majority of the money), doesn’t matter a lot to them whether it’s -3.5 or -6; in their mind the Pats are going to win and they’ll probably win by a touchdown so they’re just going to play them anyway. As simplistic as this is going to sound, it’s just boring to root for the unders as you want your team to score as many points as possible so people tend to like the overs. That’s why so many of our top experts picks are underdogs; the inflated lines due to the public perception create the value in the dog”

That’s all for today, I hope you found this tutorial helpful! And dont forget to join Zcode VIP club to unlock all bets and all tools we have and start winning with us! See you inside! 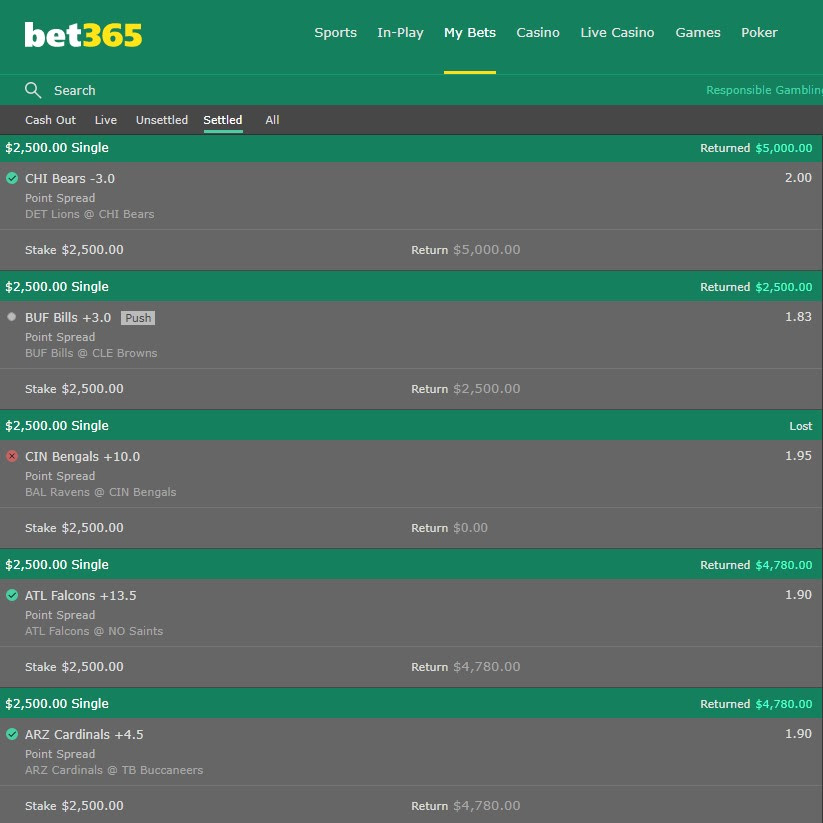