The UEFA Champions League returns on Tuesday, November 5th with matchday four of the tournament. 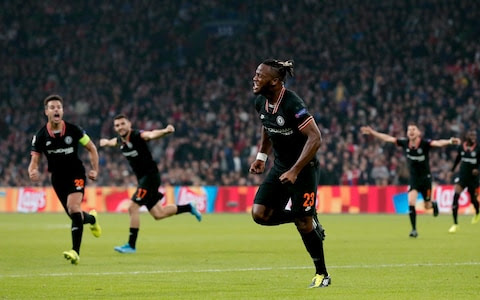 Teams are jockeying for position to progress to the knockout stages as just three games in the group stage remain. Tuesday night will kick off a two-day extravaganza of the best club football teams in Europe playing against one another. We have identified three big games on Tuesday night in the UEFA Champions League to keep an eye on.

Premier League leaders Liverpool host Belgian champions Genk on Tuesday night at Anfield. The Reds are second in Group E on six points from nine. Their only loss thus far came in Italy against Napoli.

It is the Italian team that Liverpool are chasing and one point behind. Genk are fourth in the group but have played well despite picking up just one point from nine. Liverpool defeated Genk 4-1 in their first meeting in the UEFA Champions League this season.

Although Genk were well-beaten, the did put in a good performance in the first half. Liverpool are flying high and showed just how strong they are again last week with a come from behind league win over Tottenham Hotspur and a come from behind draw against Arsenal in the Carabao Cup.

The Reds are dominant at home and they will keep that great streak alive on Tuesday night.

The two teams are level on four points from nine and in second place. The winner of the match would have the inside track on progression to the next round.

Although Borussia Dortmund’s form is dipping a bit, playing at home will help the Germans. This should be a close fixture with a single goal separating the two teams.

Chelsea aim to do a double over Ajax in the Champions League group stage. The two teams met on matchday 3 in Amsterdam with Chelsea getting a late winning goal courtesy of Michy Batsuahyi. The result was a bit of a shock, but Chelsea are in good form.

The Blues have won seven of their last eight matches in all competitions heading into the weekend’s Premier League games. Ajax are atop the Dutch Eredivisie and will be a difficult team for Chelsea to beat a second time.

Chelsea are the favourites heading into the game, but I’ve got a sneaky feeling Ajax will get a point at the least from this game. Expect both teams to score and Ajax to get a draw in this match in London. My pick goes against the Zcode System prediction of a 2-1 Blues win.